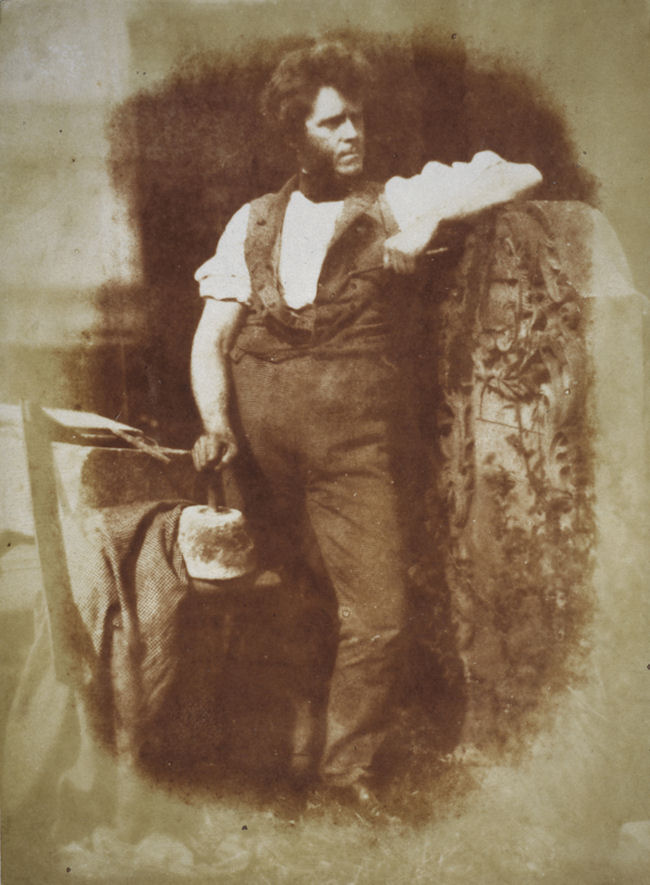 This is a familar, almost iconic image of Hugh Miller, taken by the Calotype photography process in 1843. However many people are not aware that this is one of earliest photos ever taken in Scotland. The Calotype system had only been invented in 1840, and indeed the first photo of a person had only been taken in 1839.

Here Miller is shown posing as stonemason, in the Edinburgh Studio of Robert Adamson. Adamson was one of the first professional photographers, setting up in business in Edinburgh in March 1843. Shortly after opening his studio on Calton Hill, Robert met the painter, David Octavius Hill. They worked together for a few weeks on studies for a grand painting of the Free Church of Scotland, in which Miller is prominent, before entering into partnership to explore the possibilities of photography.

Miller was one of the first to pose for Hill and Adamson, and he also wrote a pioneering critical article on the possibilities of photography in 1843. Miller is here shown as a stone mason, as he had been in earlier life.
Picture added on 18 January 2009
External Links
Discover Hugh Miller