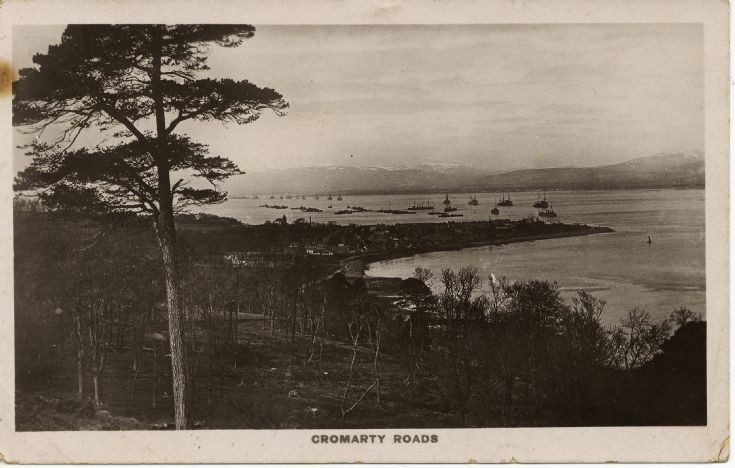 This postcard was sent to Mrs Harriet Davidson then working at Scalpay House Broadford Isle of Skye. The card is dated 1.4.09 and postmarked Cromarty April 2 1909.
Mrs Davidson was the widow of Roderick Davidson who was lost at sea. She was born at Cromarty in 1837 to Barnabas and Margaret Hindmarsh. She was a house keeper to Colonel Ross at Cromarty House and later lived at 4 Bank Street and later at Mrs McKenzie's home almost opposite number 4.
Picture added on 05 December 2011 at 11:49
Comments:
What stands out in this picture is the kirk on the hill, the gaelic kirk, now in a state of disrepair. I'll bet the matelots on the ships did'nt use it, they were probably at the other public house?
Added by Tony Fraser on 06 December 2011