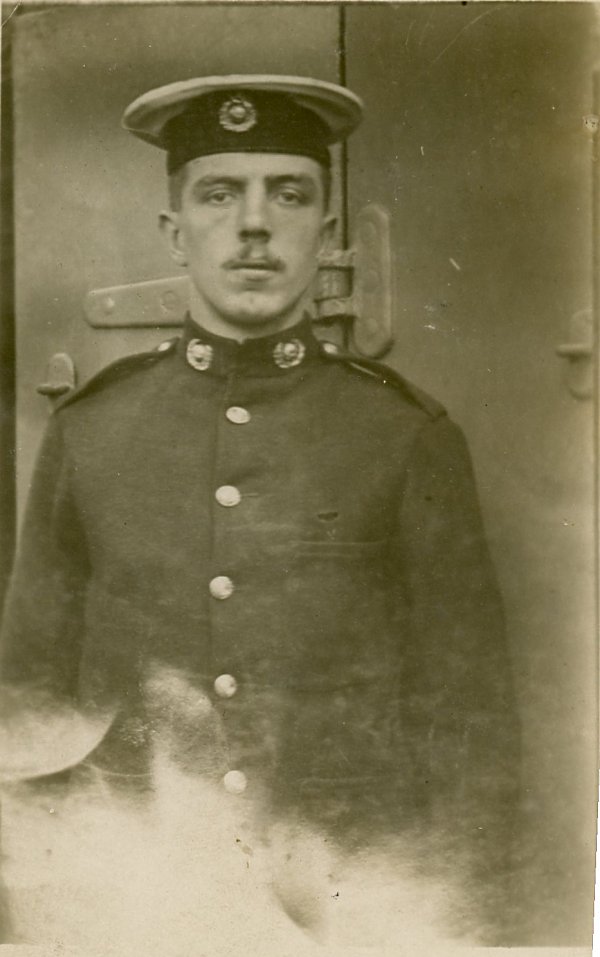 My great uncle, Percy Larman who was a on the Natal and was killed when the ship exploded. Percy S. was the son of Lucy & Joseph Larman (my great maternal grandparents), one of eight children all born in England. The family had all emigrated to Canada by 1906, except for Percy, who had joined the British Navy at age 16. According to an article that appeared in a newspaper at the time the Natal sank he had been able to meet with his father in England shortly before Christmas and gave him Christmas cards for all the family. He had also, apparently, just been promoted to sgt.

Since I know so little about Percy I would be grateful for any information anyone can supply about him.

View Large Version
Picture added on 07 December 2011 at 14:31
This picture is in the following groups
The Natal - Warship destroyed by an explosion off Cromarty during WW1

The Natal - Warship destroyed by an explosion off Cromarty during WW1