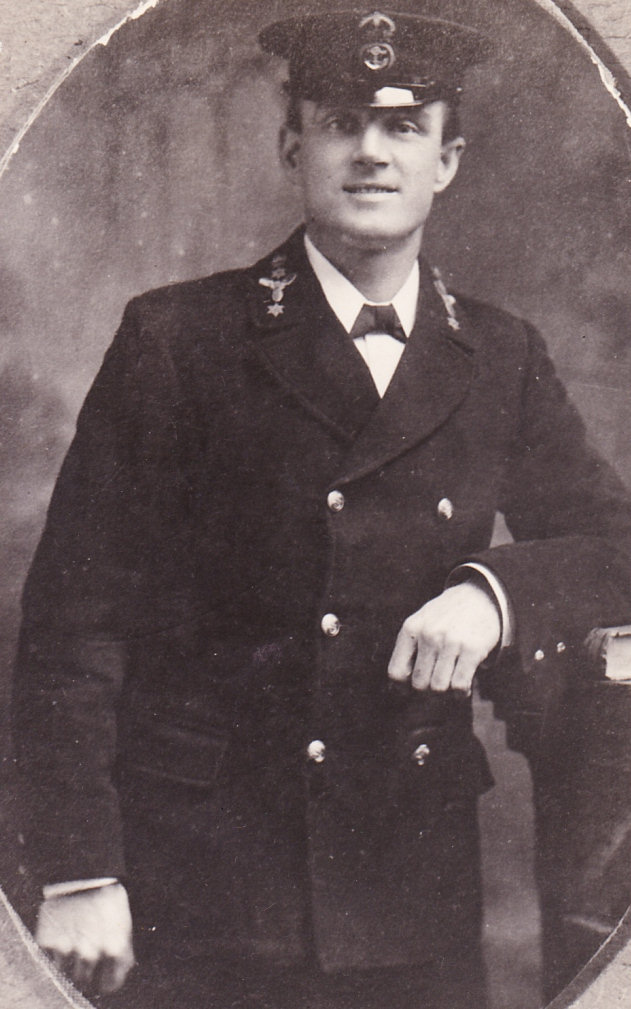 This is my grandfather, Alfred John Beeny, who served as Mechanician on board HMS Natal from February 1914 to February 1916. I think the picture was taken some time around 1912. He survived the explosion on 30 December 1915, but never fully recovered mentally and committed suicide in 1927. At the time of the explosion he had been married to my grandmother for five weeks.