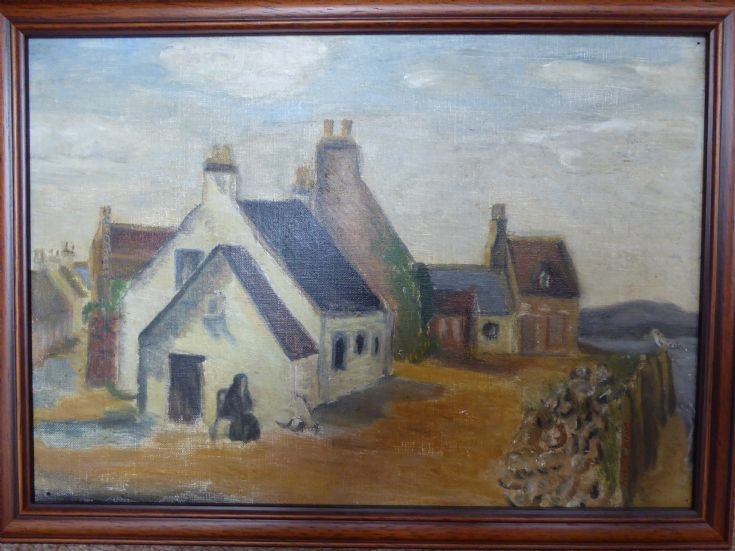 This painting sat above a tea trolley in Forsyth House when I was little. There were many paintings in the room, but this one was the only one at my eye-level! After Ann Slader died in 1977 my mother was given three Cromarty pictures from the house. The other two are already on the Image Library.

Eric Malcolm thought the railway sleepers which separate the beach from the road were replaced with a wall (the present one?) by Cathal Mackenzie early in the 1940s.
Picture added on 18 March 2016 at 18:35