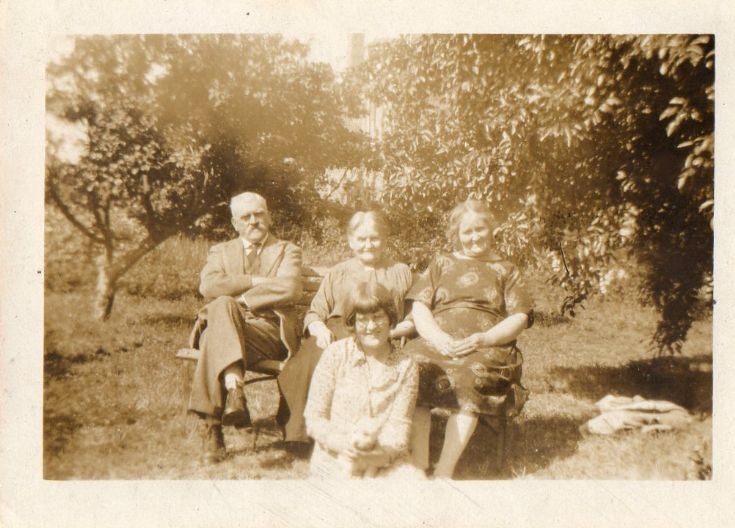 A photograph of the Watt family of Sydney House, Cromarty, taken in the garden, probably in the 1920s. On the left, Alexander Watt and on the right, his wife, Elizabeth Fraser Watt. In between is Alexander's sister, Bessie Watt, known familiarly as 'Anta.' Sitting in the foreground is Dorothy Watt, daughter of Alexander and Elizabeth. For many years the Watt family ran the Volunteer Arms in Inverness, the Conon Bridge Hotel and then Watt's Temperance Hotel in Cromarty. Their son (who probably took the photograph) was Alasdair Fraser Watt, my paternal grandfather.
Picture added on 08 July 2016 at 19:29
Comments:
Apologies as I forgot to add my details. Please see below.