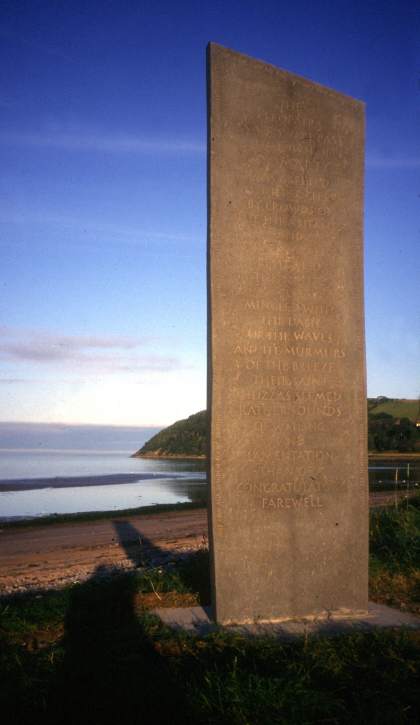 This stone was erected in 2002, Hugh Miller's bicentennial, to honour the cleared Highland emigrants who departed from the port for the New World, as witnessed and reported by Miller.

"The Cleopatra as she swept past the town of Cromarty was greeted with three cheers by crowds of the inhabitants and the emigrants returned the salute, but mingled with the dash of the waves and the murmurs of the breeze, their faint huzzas seemed rather sounds of wailing and lamentation than of a congratulatory farewell."
Picture added on 01 January 2003
External Links
Discover Hugh Miller