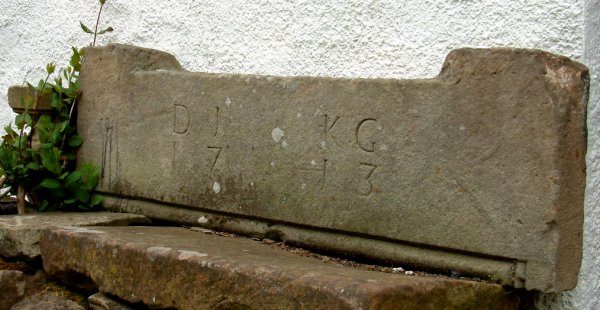 This marriage stone is in the garden of Albion House, and is from a house which was situated between Albion House and No 49 Church Street (Waterloo House) whose site is now part of the Garden of Albion House. It was demolished in the early 20th Century after a fire in the late 1800's but was built by Donald Junor and Katrin (or Katherine) Gally who married in 1710. Donald Junor may be connected to the Andrew or Alexander Junor whose marriage stone was found buit into the Courthouse - picture #742. Albion House was built in the 1690's.
Picture added on 25 April 2004 at 20:35
External Links
Cromarty Courthouse