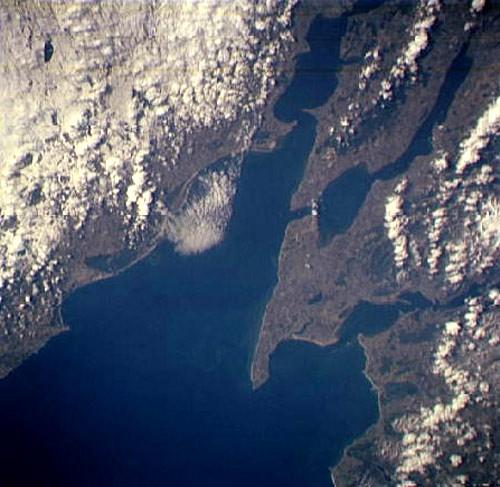 Campbell says "Thought you might be interested in this relatively rare photo (very few clouds!) of the Cromarty Firth taken from 117 miles up by Space Shuttle STS059 in April 1994.

The photograph is owned by NASA and can be shown on the web provided they are acknowledged as the owners and it is not displayed for financial gain.

Pity the only two small clouds in the centre of the picture are over Cromarty!"
Picture added on 04 January 2006
External Links
NASA Astronaut Photography
Comments:
You can see Ross Ratcliffe's hair from space.
Added by Greig on 26 January 2006
In London, bored using up time on the net. Typed in my name. Cool pic but was wondering why this particular picture came up? Greig - you cheeky get!!!
Added by Ross Ratcliffe on 02 August 2008